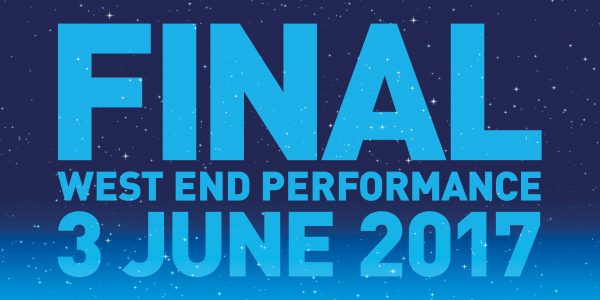 After nearly five successful years in London, the National Theatre today (9 December 2016) announced the final extension of its West End run of The Curious Incident of the Dog in the Night-Time, with 50,000 extra tickets on sale today.  The last performance at the Gielgud Theatre will be on Saturday 3 June 2017.

By 3 June, Curious Incident will have played over 1,600 performances and been seen by over 1 million people in London, and almost 2 and a half million people world-wide.

Producer Kash Bennett said: ‘We are so proud of this production of The Curious Incident of the Dog in the Night-Time which has enthralled London audiences since it first opened almost five years ago and we are looking forward to the final six months in London. The show continues its extraordinary journey, as it travels around the UK, Ireland, North America and beyond.’