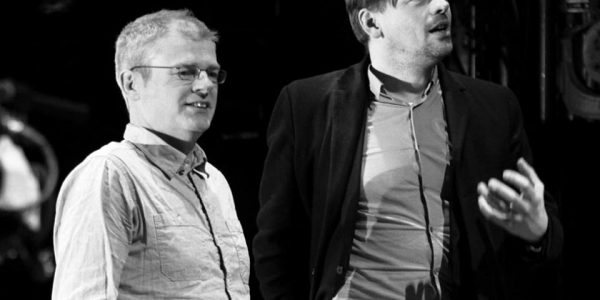 Simon Stephens on Creating the Play

Simon Stephens, playwright of the Curious Incident of the Dog in the Night-Time discusses what the play means to him and how he went about adapting the book for the stage.

Q. What do you think the play is really about?

A. It’s distinct from the novel. It’s a fascinating thing; Novelists and playwrights deal with different subjects, fundamentally we deal with consideration of what humanity is, but I think novelists can deal with the consideration of what human beings think, feel, remember or observe. I think Mark Haddon’s book is rich in thought and feeling and memory and observation. The playwright doesn’t deal with those things, or if the playwright does deal with those characteristics or those elements of human identity, they’ll release them through the things that people do. So the difference between the book and the play is the play concerns itself with behaviour and the novel with observation or thought. In that sense necessarily the play is not just about Christopher but about the combination of people who surround Christopher who are affected by the things that he does to them. So the play becomes the play about 2 things, more than the novel I think the play is about family and it’s about raising children. I think to a real degree, and this is my own area of interest, it’s actually a play about teaching.

I did 2 things to dramatise this novel; the first thing that I did was I went through the book and wrote out a list of all the things that Christopher did, trying to distinguish behaviour from thought or observation. When you read the novel it’s extraordinary because Mark captures Christopher’s imagination with such clarity and such passion. And it’s an imagination we envy, it’s an imagination we fall in love with. He sees the world differently to how we see it and we envy his perspective. Mark captures that perspective so brilliantly, but that’s poison for a dramatist because observation is not active. So the first thing I did was I went through the book and took out all that observation, parked it and just looked at the stuff that people did, the events. And then the second thing I did was I transcribed his direct speech. Mark’s unusual for a novelist in that his direct speech is quite active. Quite a lot of brilliant novelists will use direct speech to release past events rather than pick a moment that people speak to each other because they have to speak to each other because they have to affect each other. But Mark thankfully does the latter. I said to a friend of mine once, I was with my son watching an early performance of this at the National Theatre with a friend of mine and my then 12 year old son. I made this observation; I said to my son 75% of the language in this play is Mark’s. I just kind of wrote 25% of it and my son said yeh, you wrote the swear words!

I had a skeleton script which is based on the direct speech but it wasn’t quite enough. The problem with facing the skeleton speech is how do you release that remarkable interior world in a way that’s active? I realised the key to it was that what Christopher does in the novel, Christopher writes an imaginary book which is called “The Curious Incident of the Dog in the Night-Time”, he names it after his hero Sherlock Holmes. It struck me that only 3 people read Christopher’s book in the novel, and it might be in this process of reading and writing that the drama can be revealed. It might be in that process of reading that I can narrate some of Christopher’s remarkable thoughts as captured by Mark. The first of the people to read it is Christopher himself, but one thing that Christopher would never do and for Mark this was quite a problematic play to adapt, is Christopher would never talk to a room full of strangers. He would never reveal his inner thoughts so what do you do with that, you can’t let Christopher speak to the audience, you need somebody else. There are 2 other people; the second person who reads the book and can speak his thoughts is his father. There’s a beautiful level of dramatic irony to his father reading his book as the father realises what Christopher has found out, before Christopher finds out that his father’s found out and that’s incredibly dramatically hot. It struck me that would almost be too hot to have the father as the narrator throughout because everything Christopher writes kind of breaks his heart. There was a third figure who read his book and this was the person I built my play around, his teacher Siobhan.

Q. When removing Christopher’s narrative and giving it to Siobhan, how did you make sure that he was a sympathetic character?