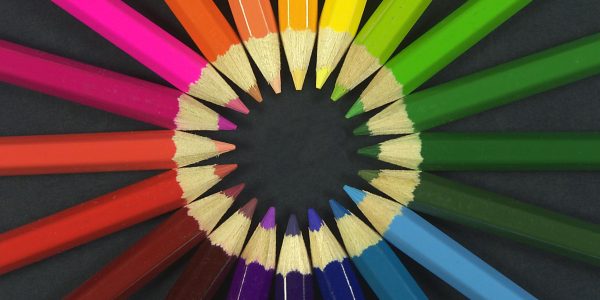 Today’s post is dedicated to people who see the world differently.

Christopher has a fantastic ability to notice things most people wouldn’t and sees the world very differently from those around him, but he’s not the only one! We’re celebrating some of the many reasons people might see their worlds differently through scientific phenomenons.

Synesthesia is a neurological “extra ability” which links 2 sensory or cognitive pathways. One form, colour grapheme synesthesia literally causes people to see the world differently by associating the perception of numbers and letters with specific colours. Many synesthetes will also associate things like months of the year with a specific colour as well as individual letters and numbers (which could give them an advantage in spelling and maths!). Colour grapheme is one of the most common and most studied forms of synesthesia.

Fun Fact– Around 1 in every 2000 people has some form of synesthesia.

Easily one of the most commonly known colour related conditions is colour blindness or colour vision deficiency. This is a decrease or an inability to see colour or perceive colour differences. Although not technically blindness, the deficiency is usually caused by a fault in the development of the retinal cones that perceive colour in light and transmit the information to the optic nerve. It can however be thought to have some advantages such as a better ability to penetrate colour camouflages and some studies have suggested that certain types of colour blindness can help to distinguish colours that those with “normal” colour vision might not be able to.

Fun Fact– Rats only have blue and green colour sensitive cells, so our Toby can’t see the colour red. However he can see ultraviolet colour which is beyond the realms of us humans!

Tetrachromacy is in some respects the opposite to colour blindness. Rather than having a restricted colour spectrum, tetrachromats have 4 cone cells (rather than the usual three) resulting in heightened colour sensitivity. Although mostly common in fish, birds and insects, there have been a handful of cases found in humans, predominantly in females. The condition hasn’t yet been widely studied, but some scientists have speculated that 2-3% of the female population may in fact have a fourth cone of varying sensitivity. Tetrachromats are able to see more shades of colour, identifying colour pigments in shades that the majority see as monotone making the world a much more colourful place!