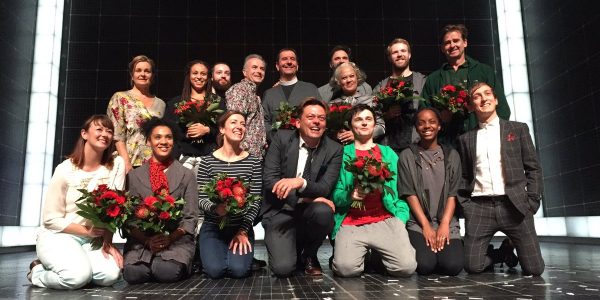 Last week we began our international tour at the Koninklijk Theatre Carré in Amsterdam. The cast were met with a standing ovation on opening night, and this admiration of the show has continued, with audiences and critics alike giving great reviews. While Review Scenes described the show as a“fascinating and spectacular play with a strong storyline”, Muscialnieuws called it “spectacular and touching.” The show will be running in Amsterdam until 1st October, before it heads over to Toronto.

Simon Stephens (playwright) on the red carpet on opening night 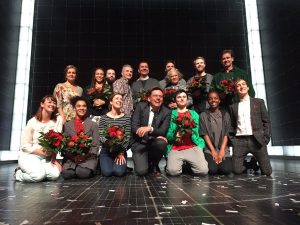 Simon Stephens (playwright) with the cast on opening night