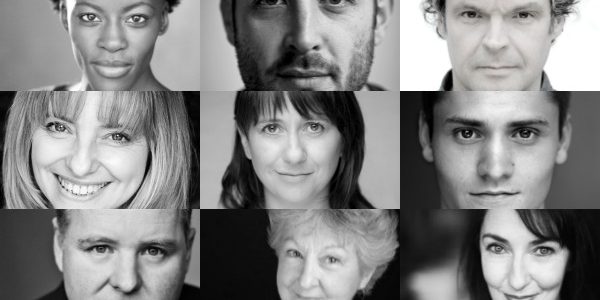 What Inspires the Curious Incident Cast

We asked some of the cast members of The Curious Incident of the Dog in the Night-Time what inspired them to become a performer.

Joseph Ayre– I had an amazing drama teacher at school called Miss Burgess who said she thought I had what it takes and told me about drama schools, the rest is history!

Thomas Dennis– I always enjoyed playing around the house as a kid, pretending to be other people, knights and kings etc. Then when I was 11 I watched Kenneth Branagh’s Renaissance production of Henry V. I remember sitting in front of the TV being swept away by the power of the performances set against a thrilling historical backdrop. I then entered a poetry competition at school and performed the “Once More Unto the Breach” speech at the siege of harfleur. I won the competition and from that moment, I knew what I wanted to do. Walking in the footsteps of Kings was a real thrill for me!

Jacqueline Clark- My mother’s love of the theatre, going to so many plays, shows and pantomimes from a very early age. Entering drama competitions and performing in dancing school shows.

Gemma Knight Jones– I have wanted to be a performer as long as I can remember and have early memories of dancing about in front of the TV with my mum telling me to move out of the way.  One of my biggest inspirations was my A Level drama teacher Mr Lord.  He was a fantastic teacher, a great energy and the first person that really made me feel like I could actually have a career in the Arts.  I am also greatly inspired by my peers.  I have met a lot of like-minded, talented people whilst I’ve trained and worked and they are my daily inspiration to keep working hard and to strive to be moving onwards and upwards.

Amanda Posener– I had too much energy as a child so was sent to drama classes, basically to stop annoying my family! I just loved it and never stopped.

Jo Castleton- My drama teacher (now writer Xian Cubitt) & also joining the Croydon Youth Theatre run by the late Harry MacDonald. He inspired me to audition and made us all feel as if we could take on any role!

Penelope McGhie- Probably my dad who was a magician.

Ross Waiton- A deep fear of being trapped in a middle class profession and the sudden realisation that I was pretty good at performing when I was in my late teens.

Sarah Stanley- I was inspired to be a flautist when the student teacher in my primary school brought her flute in. I thought it was the most beautiful thing I’d ever seen! Like a massive bit of jewellery. And it sounded heavenly. Once I’d been in one school play I realised that despite being painfully shy as a kid I could hide in their characters and be someone completely different. It was such a release!