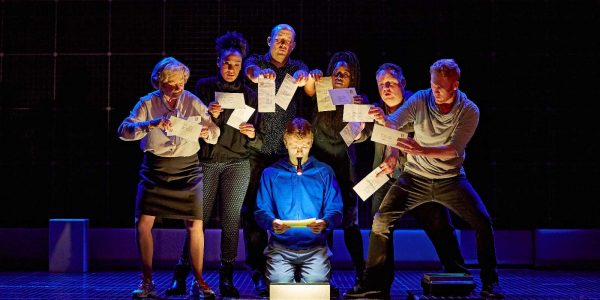 We are delighted to announce that the National Theatre will be hosting a special platform with the original creative team of  award-winning production of The Curious Incident of the Dog in the Night-Time on Thursday 1 June at 5.15pm, following the matinee performance at the Gielgud Theatre in London.  The discussion will be chaired by ITV’s Arts Editor, Nina Nannar.  Tickets for the platform are £5 and can be purchased online here or through the National Theatre and Gielgud Theatre Box Offices.

At the time of its West End closing on 3 June 2017, Curious Incident will become the Gielgud Theatre’s longest running play in over 45 years.  It will have played over 1,600 performances and been seen by over 1 million people in London, and almost 2 and a half million people world-wide.