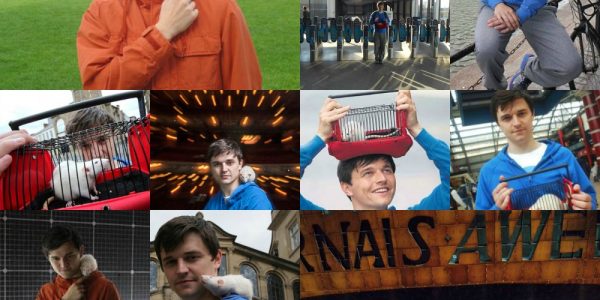 The Curious Incident Tour: A Recap

On the 18th December 2014, we embarked on a UK and Ireland tour of the National Theatre’s Olivier Award winning play The Curious Incident of the Dog in the Night-Time. In 11 months, we visited 32 venues, performed 333 times and were seen by over 400,000 people!

The tour ended in November 2015, so we’re taking a look back at some snapshots from the tour and discovering Christopher and Toby’s adventures across the country.

1. Our tour both started and ended at The Lowry in Salford, dotting its way around the country along the way.

2. Our Curious Incident lorry travelled hundreds of miles carrying the set, lighting and everything else needed to make every show possible.

3. At every venue, the set was built into its new temporary home.

4. In Oxford in July, the cast were invited for tea at author Mark Haddon’s house.

5. Also in July, we performed to our largest audience of the entire tour at the Liverpool Empire with 2187 people in the audience on the busiest night.

6. We only performed once on a Monday throughout the whole tour, at the Milton Keynes Theatre in November.

7. Here’s what some of our audience members thought of the show.

8. Lucas Hare blogged most of the tour, you can read all about his Curious Incident journey on his blog.
9. Many chalk dogs cropped up on pavements across the country.

10. Christopher and Toby went on many adventures in the tour cities

Miss the tour? You can still come and see The Curious Incident of the Dog in the Night-Time at the Gielgud Theatre in London, find out how to book tickets here.