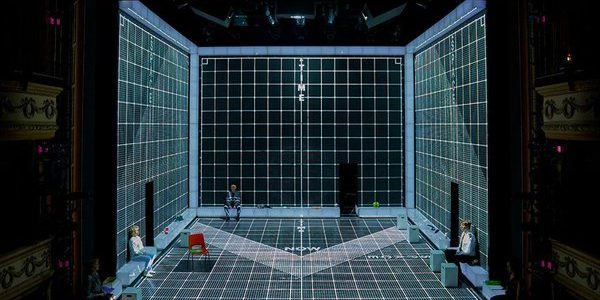 Last week, the BBC aired a documentary on the Curious Incident of the Dog in the Night-Time. Imagine: My Curious Documentary follows the creation of the play as well as discusses how it has changed perceptions and understandings of Autism. Read below for some interesting facts about the show drawn from the documentary…

The play’s name comes from a Sherlock Holmes book. Many people think that the Sherlock Holmes character is portrayed as autistic and shows many signs of autistic behaviour. According to director Marianne Elliot, Christopher relates himself to Sherlock as he can detach his mind at will and sees his brain as like a laboratory.

During the creation of the play, there was an “Autism Consultant” named Robyn Steward. Robyn helped in the creation of Christopher’s character through her first-hand experience. She is a trainer for people working with Autistic children in the Education, Children’s Services and Adults Social Care sectors as well as a board member on the Department of Health’s autism programme.

The Curious Incident was Alex Sharp’s first acting job. Straight after finishing training, Alex Sharp was cast as the first ever Christopher on Broadway. He went on to win a Best Actor Tony Award for his performance.

Many of the actors met people in similar positions to their characters in preparation for the show. This helped them to form their characters and give a true representation of what their character goes through in the play. For example, Nicholas Tennant and Emily Joyce (who played Christopher’s parents in the West End) met the parents of a young boy named Isaac to ask them questions about life as the parent of an autistic child.

Curious Incident has been running for more than 3 years (and is now in its 40th month). The play originally opened in August 2012 at the National Theatre, London before transferring to the Apollo Theatre in London’s West End in 2013. In July 2014 the show moved to the Gielgud Theatre, also in the West End. The Broadway version of the play opened in October 2014.

Miss the documentary on BBC One? Catch up now on iPlayer. My Curious Documentary will be available to watch online until the 10th December 2015.