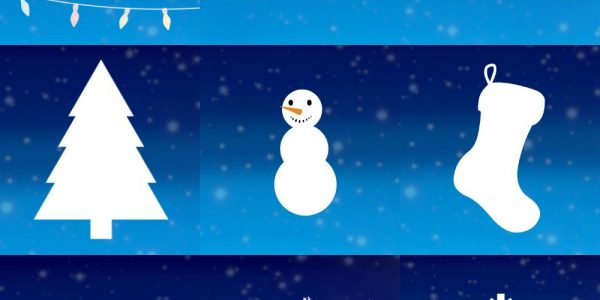 It’s very nearly Christmas, so we’re taking a look at some #CuriousChristmas facts that Christopher would love.

1. The largest Christmas cracker ever made was 63.1 metres long and 4 metres in diameter. It was made by a group of parents in Chesham, Buckinghamshire in 2001.

2. The world’s tallest Christmas tree to date was an incredible 221 feet high. It was on display in 1950 in a Washington shopping mall.

3. The first song ever recorded and broadcast from space was Jingle Bells on December 16, 1965. Gemini 6 astronauts Tom Stafford and Wally Schirra sang it as a prank report which they sent to Mission Control.

4. Each year, nearly 60 million Christmas trees are grown in Europe.

5. For Santa to be able to deliver everyone’s presents before Christmas morning, his sleigh has to travel at 1,800 miles per second!

6. Thanks to the International Date Line, Santa has 34 hours to complete his task of delivering everyone’s presents.

7. There are 750,000 LED lightbulbs in the Oxford Street Christmas light display this year.

8. The chance of a white Christmas in England and Wales is 1 in 10. Scotland and Northern Ireland are more likely with a 1 in 6 chance.

9. The first electric tree lights were invented in 1882 in the US by Edward Johnson.

10. In the song The Twelve Days of Christmas, there are a total of 364 gifts.

11. The largest Christmas stocking ever made was 51.35 metres long and 21.63 metres wide. The stocking was filled with balloons containing sweets.

12. Each Christmas in Britain we eat 10 million turkeys.

13. It takes approximately 295 days to grow all the food for a traditional roast Christmas dinner.

15. There will be approximately 60 Million Square KM of wrapping paper sold in the UK this Christmas.

Take our #CuriousChristmas Quiz for a chance to win 4 tickets to the show and a goody bag.